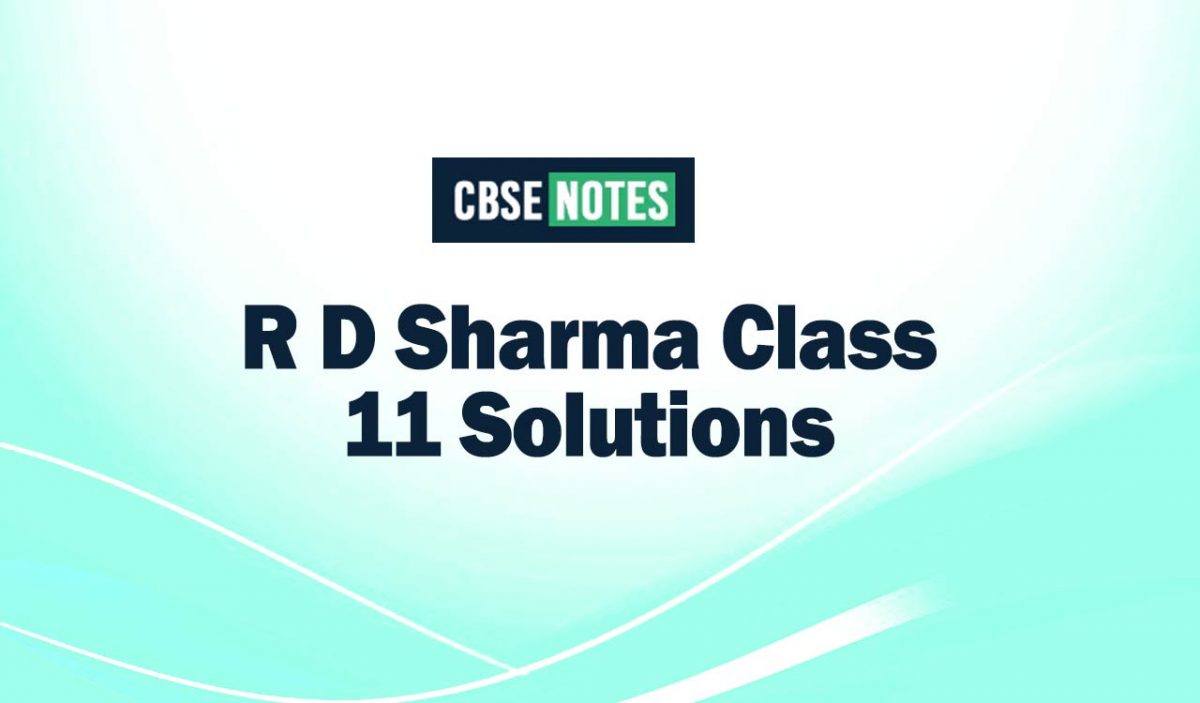 Education is the most important stage in one’s life. Education not only makes you literate but also helps you to become a responsible citizen wherever you live. The biggest advantage of education is the development of mannerisms in a person. It helps a person to be a well-mannered and well-cultured human being. Learning Maths is more beneficial as it can lead to a good job with a good salary.

R D Sharma Solutions for Class 11 will help ambitious students to complete their dream by studying well in Maths. As we know, Maths is the base for Science, getting high scores in both subjects can make the future path easier. If the students refer to these solutions along with the regular textbooks they can be rest assured to acquire higher marks than usual.

This chapter speaks about the concept of sets. The chapters cover the topics types of sets, empty sets, singleton sets, finite & infinite sets, equal sets, subsets, power sets, universal sets, a union of sets, the intersection of sets, the difference of sets, and disjoint sets.

Measurement of angles comes under trigonometry which is a branch of mathematics that deals with angles and sides of a triangle. The students will know the concepts of relation between degrees, radians, and real numbers. The students will learn

Angle: An angle can be defined as the rotation from the initial point to an endpoint of a ray.

Systems of measurement of angles: There are three systems for measuring angles; sexagesimal system, centesimal system, and circular system.

From this chapter, the students will learn to plot graphs of different functions. This chapter talks about graphs of trigonometric functions, sin graph, cos graph, tan graph, amplitude, period, phase, and a lot of practice graphs.

From this chapter, the students will know the formula which expresses the values of trigonometric functions at the sum or difference of two real numbers. The formulae for trigonometric ratios of compounded angles are as follows –

In this chapter, two sets of transformation formulae are explained that are of fundamental importance. The products into sum or difference formulae are as follows –

Values of trigonometric functions at ‘2x’ in terms of values at ‘x’:

Values of trigonometric functions at ‘3x’ in terms of values at ‘x’:

Chapter 10 – Sine and Cosine Formulae and their Applications

From this chapter, the students will learn about the different applications of sine and cosine formulae. The students can know –

Law of sines or sine rule: The law of sines is generally used to find the unknown angle or side of a triangle. This law can be used if certain combinations of measurement of a triangle are given.

ASA criteria: Given two angles and included side to find an unknown side

AAS criteria: Given two angles and a non-included side to find the unknown side.

Law of cosines formula: As per the cosines law formula, to find the length of sides of a triangle ABC, we can write

If an event can occur in ‘m’ different ways, following which an event can occur in ‘n’ different ways, then the total number of occurrences of events in the order is ‘m*n’. The students will learn this principle for any finite number of events. They can also know about permutation definition, permutation when all the objects are distinct, permutation when all the objects are not distinct, combination definition, the relationship between permutation & combination, and solve problems.

In this chapter, the students will learn about sequences, series, and progressions. A sequence is a finite or infinite list of numbers following a specific pattern. A series is the sum of the elements in the corresponding sequence. A progression is a sequence in which the general term can be expressed using a mathematical formula. The students can also learn common differences in arithmetic progression, finite & infinite AP, general term of AP, the ‘n’th term of AP, the sum of terms in an AP, arithmetic mean, basic adding patterns, and the sum of first ‘n’ natural numbers.

A sequence in which the ratio of the term and the preceding term is always a constant is called geometric progression. The students will learn that the geometric progression is represented by a, ar, ar2, ar3, and so on. Here, ‘a’ is the first term and ‘r’ is the common ratio. The students will also learn the general term or nth term of GP, and the sum of n terms of GP.

The main concept of this chapter is the sum of n terms of some other special series. The students will learn –

A straight line is a curve where every point on the line segment joining any two points lies on it. From this chapter, the students will understand the concept of straight lines with several examples.

This chapter speaks about the circle and the equation of any circle whose center and radius are given. The students will learn the following concepts –

In this chapter, the students will learn about parabola and find the general equation of a conic section when its directrix, focus, and eccentricity are given. The following concepts are discussed in this chapter –

Parabola: The section of a right circular cone by a plane parallel to a generator of a cone is called a parabola.

If the directrix of a parabola is parallel to the x-axis, then the standard equation becomes x2 = 4ay.

This chapter deals with the concept of an ellipse and finding out the equation of the ellipse in standard and other forms. The explanation is in simple language for the students to understand easily.

Ellipse: The ellipse is one of the conic sections that is produced when a plane cuts the cone at an angle to the base.

Standard equation of ellipse: The equation of the ellipse with center at origin and major axis along the y-axis is x2/b2 + y2/a2 = 1.

The coordinate of a point in space, signs of coordinates of a point, distance formula, and section formula are the topics covered in this chapter. The students will understand the simple explanation of –

Distance formula: The formula to find the distance between two points PQ is given by:

Significance of Maths in life: –

Most students opt to leave the Science stream in 11th standard for the fear of Maths. However, to run away from Maths, one can only choose the Arts stream where one needs to read, write, and memorize excessively. Opting for Science, for those who are comfortable, will always be advisable because of the wide range of job availability.

Unknowingly, we all use Math in our daily life. We do calculations while purchasing, estimate the approximate costs, and so on but we never think of it as a subject to study. R D Sharma Solutions for Class 11 will help the students at this crucial stage of education as 11th std is considered the prelim of the ever-important year of 12th std.

Class 11 is a very important year in a student’s life that have opted for the Science or Commerce stream. To pursue a good career, one must exhibit exceptional dedication to build a successful career and grow in life. For ambitious and studious students a lot of study material is available nowadays. Choosing the right study material and utilizing the resources fully is the student’s responsibility.

R D Sharma Solutions for Class 11 is one of such exclusive study materials to perform well in Math. R D Sharma solutions deal only with Math study material and hence they can provide the best in the relevant field. Their experienced and professional tutors have designed it to match the requirements of class 11 Math.

Can a student rely on R D Sharma study material?

R D Sharma Solutions for Class 11 is exclusively for Math and those who wish to score high marks can refer to it along with regular textbooks.

R D Sharma solutions are relevant to ICSE or CBSE?

R D Sharma solutions are relevant to the CBSE course of study.

Where can the students get R D Sharma solutions?

R D Sharma solutions are available offline as well as online. The students can also download them from the official website.

Why Math is rated as the toughest subject?

Any syllabus of all subjects relates to the capacity of the students of that level so s such no subject is tougher or toughest. It is the presumption of most students that Math is a tough subject.

Will the study of Math be beneficial for learning computers?

Though at basic levels there is no direct connection between Math and computer, at later stages of engineering or science it will definitely help the students.

Which subjects are more important to building career in Science?

Math and Science are the most important subjects if one wishes to build a career in Science, Math, or engineering. 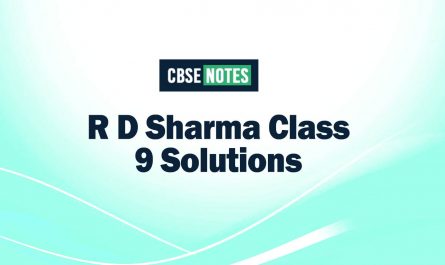 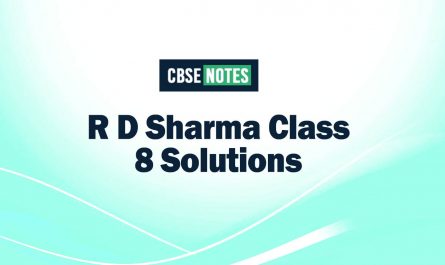 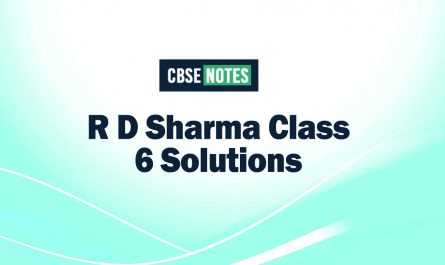 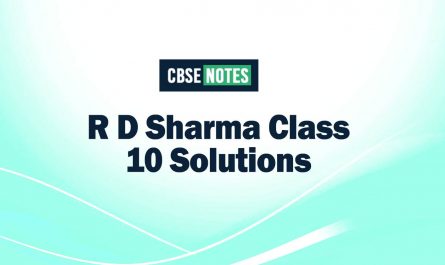 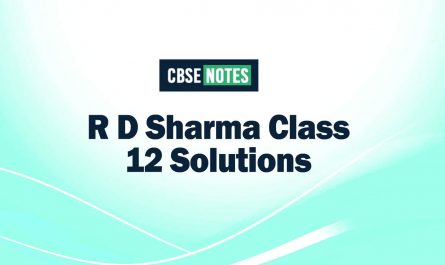 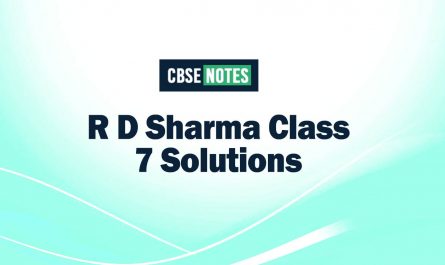