Phenyl Structure: Because the first phenyl compounds named were by-products of the manufacture and refining of various gases used for lighting, the word “phenyl” is derived from the French word phényl, which was derived from the Greek word phaino, meaning “shining.”

A phenyl group, commonly known as aryl phenols, is a chemical made up of a phenolic group attached to another aromatic ring directly. (Ar is the symbol for an aryl group.)

In a hexagonal planar structure, phenyl groups have six carbon atoms, five of which are bound to hydrogen atoms. They have identical bond lengths between carbon atoms in the ring and are chemically aromatic. It has low water solubility.

The “phenyl group” is usually synonymous with C6H5 and is denoted by the letter Ph or, more archaically, the sign. Benzene is frequently referred to as PhH. Phenyl groups are usually attached to other atoms or groups. Three phenyl groups are connected to the same carbon centre in triphenylmethane Ph3CH, for example. Many, if not all, phenyl compounds do not have the name “phenyl” attached to them.

For example, the chloro-derived C6H5Cl is commonly referred to as chlorobenzene, but it can also be referred to as phenyl chloride. Isolated phenyl groups are found in specific (and rare) cases: the phenyl anion C6H5, the phenyl cation C6H5+, and the phenyl radical C6H5.

Substituted derivatives frequently use phenyl terminology, even though Ph and phenyl are unique descriptors of C6H5. For example, nitrophenyl is O2NC6H4 while pentafluorophenyl is F5C6. Electrophilic aromatic substitution processes are connected with monosubstituted phenyl groups (i.e. disubstituted benzenes), and the products have the same arene substitution pattern.

When the phenol group interacts with bromine solution, Bromo substituted phenol and hydrogen bromide are formed. The chemical formula is shown below.

Extracts of the benzene C6H6 are known as phenyl compounds. In terms of electrical characteristics, the phenyl group is similar to the vinyl group. It is known as an inductively withdrawing group due to the increased electronegativity of its sp2 carbon atoms and the ability of its system to donate an electron density when conjugation is required as a resonance donation group(+M) (-I).

A hydrophobic group is phenyl. Phenyl groups can be resistant to oxidation and reduction in rare cases. When compared to similar bonding in aliphatic (non-aromatic) groups, phenyl groups (like other aromatic compounds) have higher stability. The peculiar properties of aromatic molecular orbitals account for this increased stability.

Today, it’s found in a variety of institutional and residential disinfectant compositions, often in combination with other phenolics.

As a disinfectant, it is used in public spaces such as schools, hotels, stores, and offices.

It has pharmacological characteristics and is utilised as an antioxidant, analgesic, and choleretic, among other things.

What happens if we inhale concentrated phenyl or directly consume it?

Direct contact with the skin and eyes can irritate and burn them. Phenyl Acetonitrile poisoning can result in vomiting, weakness, headaches, nausea, and vomiting. When you breathe phenyl acetonitrile, it can irritate your nose, throat, and lungs, causing coughing and shortness of breath.

Never drink phenyl because you will either die a terrible death or have your stomach pumped within 15 minutes of doing so, and you may only come away with serious burns within your body.

Are phenyl and phenol the same?

The phrases phenyl and phenol are frequently used interchangeably. The most significant distinction between phenol and phenyl is that phenol contains an oxygen atom, whereas phenyl does not.

The distinction between phenyl and phenol is as follows:

Phenyl is an unstable chemical made up of a benzene ring that lacks a hydrogen atom.

It has high reactivity. Phenol, on the other hand, is the simplest aromatic alcohol and is a stable molecule with the formula C6H5OH. It has a stable structure and is less reactive. 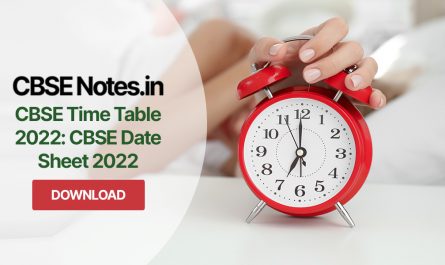