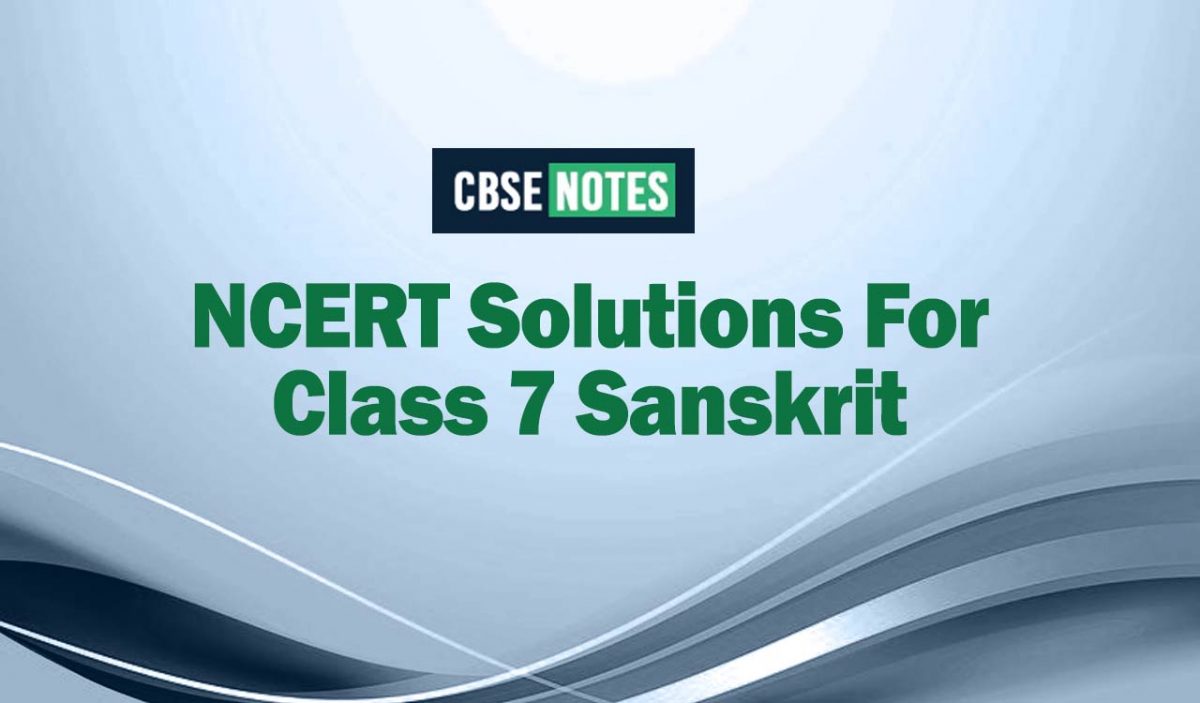 Sanskrit combines several old Indo-Aryan language varieties. The most archaic of these is Vedic Sanskrit found in Rig Veda which is a collection of 1028 hymns composed between 1500 BCE and 1200 BCE by Indo-Aryan tribes. They migrated from the East (Today’s Afghanistan) across northern Pakistan and into northern India. The ancient Dravidian language influenced Sanskrit’s phonology and syntax Sanskrit can be referred to as Classical Sanskrit, a standardized and refined grammatical form that emerged in the mid-1-st millennium BCE. Great Sanskrit writer Kalidasa wrote his literature in Classical Sanskrit and the two major epics Mahabharata and Ramayana are also very famous.

Learning Sanskrit in schools connects the students with their culture and values. NCERT Solutions for Class 7 Sanskrit makes it easier to study as the answers are arranged by professionals in the field. Interestingly, the Rig Veda hymns are notably similar to the most archaic poems of the Greek and Iranian families. Another important point about Rigveda is that they are orally transmitted by memorization methods.

This is a beautiful collection of valued stanzas which teaches students about a good life. Valued thoughts, water, and food are termed as the most important jewels. It talks about the importance of truth as the world is based on truth. The writer also narrates that bravery, politeness, and donations are great values in life. The next stanza elaborates on the value of a good person and says that friendship must be made with people with true characters. The gathering of knowledge and forgiveness are also stated as the essential forms of the best person.

This chapter tells the student to be wise according to the situation otherwise your end is sure. It states a short story from ‘Panchatantra’ by Vishnu Sharma. In the story, a tortoise is afraid as some fishermen said all the aquatic animals will be killed. He requests two of his swan friends to take him elsewhere. Swans make a trick to carry him via a stick which the tortoise catches in his mouth and flies with the swans. Swans tell him strictly to catch the stick and not to open his mouth but he opens it, falls on the floor, and dies.

This simple story is about two friends; one was rich and had many servants to do house chores. The other was a common man with no servants at home. The story summarizes the importance of self-reliance than depending on others to do your work. the common person says he has eight servants, two legs, two hands, two eyes, and two ears which work for him 24 hours without rest. The students will understand the importance of being self-reliant from this chapter.

Poet conferences are very popular in India. This chapter is about one such children’s comedy poetic conference. In this children read their creations of comical poems. One stated about medical practitioners compared to ‘Yamaraj’ as they not only risk others’ life but also take money for that. In another one, he is surprised to see the process of burning the dead body and in another one, it is said that whenever one gets a chance he must loot others to get money. These poems are critics of the bad people.

From this chapter, the students will learn about scholar Pandita Ramabai who was an expert in Sanskrit and Vedas. She was respectfully called ‘Saraswati’, the Goddess of Talent. This chapter describes her life story how she lost her parents and sister, her travel through the country, her social work, work for women’s education, and a lot more.

This chapter is a collation of ‘Shlokas’ a famous Indian form of writing. These tell about the mannerism and values of life. Laziness is a human enemy and hard work is a friend. It messages to complete the work while you are alive as death is unpredictable so never say ‘tomorrow’. Another shloka tells to speak the truth which one likes and not the truth one dislikes. Such important shlokas have a high level of importance to live a faithful life.

This chapter teaches students that if you decide on one goal you should be strong enough to go through any situation to achieve your target. The author narrates the story of how ‘Parvati’ made a strong penance austerity mortification to get Lord Shiva as her husband. Despite her mother discouraging her, she was determined. The next part shows her trust in Lord Shiva to be a perfect person as Lord himself tests her disguising as a bachelor.

In this chapter, students will learn about the significance of the Indian flag and the characteristics of its colors in it. on Independence Day, the school principal raises the flag, the children get sweet, and some cultural programs will be undertaken. Indian flag bears three colors; top orange indicates bravery, sacrifice, and energy. Middle white indicates truth, devotion, and purity. The bottom green color indicates growth, fertility, and Earth’s beauty. It also bears ‘Ashok Chakra’ which is inspired by ‘Sarnath’ and has 24 poles indicating 24 hours.

This chapter underlines the issue of child labor which is illegal by law and the ‘right to learn’ of children. It is described through a play as it shows a minor girl is forced to do house chores for a salary. The girl is poor as her father is not keeping well so her mother is forced to put her daughter on a job. However, the owner lady asks her mother to let her study as it is children’s right. Child labor and the right to learn are highlighted effectively in this play.

This chapter states the importance of brotherhood and fraternity between undeveloped, developed, and developing countries. The author says that nature, sun, and moon never differentiate; similarly, humans must leave hostility and stay like brothers. It states that when there is danger from an outsider, the whole country comes together. Similarly, the whole world must act together to protect the Earth.

In this chapter, the students will learn about the power of unity. How a bunch of small and weak creatures can overcome a big animal. The story speaks about the sparrows that lost their small ones because of a big elephant. Thereafter, the sparrows and other animals and birds overpowered their enemy unitedly.

This chapter highlights the value of education. Education cannot be stolen, an educated person is respected by everyone, and education is the biggest trait of a human. From this chapter, the students will understand the importance and values of education and the benefits and advantages of education.

This chapter speaks about the richness and importance of the Sanskrit language. The chapter describes all layers of the language in social, cultural, and political significance. Sanskrit is an ancient and origin of the world’s many languages. To get knowledge of culture, behavior, and higher education, learning Sanskrit is essential.

In this chapter, students will read a small story of a small girl who asks too many questions that everybody used to get surprised. She was very curious about things and one day she asks her father whether the bridge is built by the minister who will be doing the opening of that bridge. Father is taken aback by the question and satisfies her with his answers.

This chapter is about the description of the beauty of nature. This is a song in which sun, river, temple, tree, flower, lion, cow, camel, horse, etc are nicely elaborated. It explains every moment of nature where each living and non-living thing contribute.

A Sanskrit graduation is a tough course and students with appropriate background and desire can avail of the degree in Sanskrit. Graduation or post-graduation in Sanskrit has a high value and several career opportunities will open for the scholars of Sanskrit. With the tag of ‘most suitable language for computers’, it is gaining more popularity and students are turning to Sanskrit as a career.

For a long time, Sanskrit has been away from the mainstream of human life which can be understood because of the complexity of the language. People prefer to stay away from what they can’t understand or think is complicated. This reduces interest over time and more people move away from that subject. A similar thing happened with Sanskrit when suddenly it vanished from the life of people. It is high time it remains behind the curtain and it has come out with all guns firing. Here are some of the great career opportunities for a Sanskrit scholar –

Whether it is Sanskrit or any other language, every language in India teaches you about the culture, values, ethics, and interpretations. Learning a language makes you aware of the traditions and rituals of the community. Though Sanskrit lagged for many years it has been the language laced with a lot of beautiful interpretations. Understanding Sanskrit is not difficult but needs a lot of interest and submission.

It is also important to learn Sanskrit at an early age as at this age a student can memorize what comes his way. At a young age, students do not have any distractions hence they are capable to learn and recite what they are taught. NCERT Solutions for Class 7 Sanskrit, additionally, is going to make their basics strong so that they can remember the answers in the right way. If parents wish their child to complete graduation in Sanskrit, they can go ahead as Sanskrit is declared the most suitable language for computers hence the future looks bright.

For a better understanding of Sanskrit, here, we learn some features and interesting facts about the Sanskrit language –

As declared long back in 1987 by Forbes magazine, Sanskrit is the most suitable language for computers and since then it is becoming the most sought language. Students, who can learn it at a young age, can be benefitted in the future. As they say, ‘change is the only constant’, we can assume the bright days for Sanskrit in the coming years.

Getting to learn Sanskrit at schools can make the students good citizens in the future as they will be well-versed with the richest and most cultured language. NCERT Solutions for Class 7 Sanskrit will make their path easier.

Can a student get full marks in Sanskrit?

Yes, with proper study of textbooks along with solutions it is possible to get full marks.

Is Sanskrit a world-recognized language?

Sure, Sanskrit is recognized all over the world as some universities have included it in their curriculum.

If studied combined with textbooks, Sanskrit can be better understood as the answers set in NCERT Solutions for Class 7 Sanskrit is easy to memorize.

How many chapters do the students need to learn in class 7 in Sanskrit?

Class 7 students will have a total of 15 chapters in the syllabus of Sanskrit.

Why do most students find Sanskrit tough?

A syllabus is set as per the capacity of an average student but some students find it tough because of fear and lack of practice.

What is the probability of a job for a Sanskrit graduate?

For a Sanskrit graduate, there are several job opportunities in different fields including the government sector. 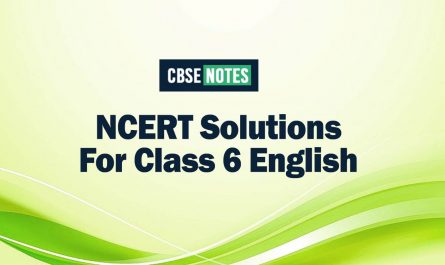 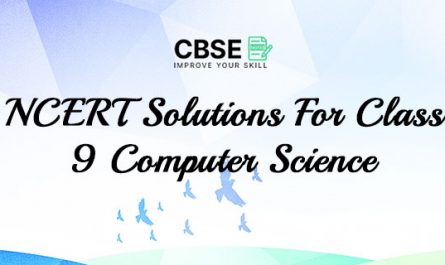 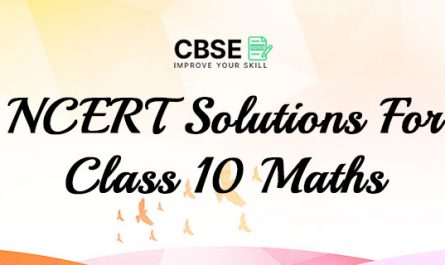 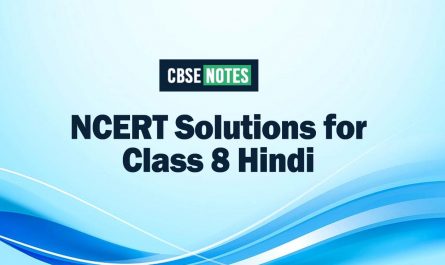