12.1. All elements that are present in a plant need not be essential to its survival’. Comment.

Ans – The soil, water, and air all provide inorganic nutrients for plants. Numerous different mineral elements are absorbed by plants. Plants don’t necessarily need all of the mineral elements that they take in. Less than 21 of the more than 105 components that have been identified so far are necessary and advantageous for typical plant growth and development. Macronutrients are the substances that must be consumed in huge amounts. Micronutrients are those that are needed in traces or in smaller amounts. These substances either participate in numerous metabolic processes or are necessary building blocks of proteins, carbs, lipids, nucleic acids, etc.

12.2. Why is purification of water and nutrient salts so important in studies involving mineral nutrition using hydroponics?

Ans – There are several soluble minerals and contaminants in impure water and salts. The experiment will be hampered by contaminants and produce inaccurate results regarding the necessity of a mineral element when such water and salts are employed as solution cultures for hydroponically growing plants. Hydroponics uses purified water with specific mineral nutrients as a result.

Ans – Only a few number of substances have been determined to be absolutely necessary for plant development and metabolism based on the criteria. Based on their quantitative needs, these elements are further separated into two major categories:

Macronutrients: These elements, such as carbon, hydrogen, oxygen, nitrogen, sulphur, potassium, calcium, and magnesium, are known as macronutrients or macroelements because they are typically present in large amounts in plant tissues (in excess of 10 mmole Kg-1 of dry matter) and are crucial for the synthesis of organic molecules and the development of osmotic potential.

Micronutrients: These substances, such as iron, zinc, manganese, boron, copper, molybdenum, chlorine, and nickel, are needed by plants in extremely minute quantities (less than 10 mmole Kg-1 of dry matter). The majority of the time, these substances work as cofactors or metal activators to help enzymes function.

Beneficial nutrients: are those substances that higher plants need in addition to macro- and micronutrients, such as cobalt, silicon, salt, and selenium.

Toxic elements: Any mineral element that, when applied to plant tissue, reduces the dry weight of the tissues by around 10% is referred to as a toxic element. For instance, manganese poisoning causes brown blotches with chlorotic veins to form. Iron, magnesium, and calcium deficiencies are brought on by an excess of manganese.

Any element needed by living things to support appropriate growth, development, maintenance, and metabolism is referred to as an essential element. Examples include C, H, O, N, P, K, S, Mg, Ca, Mn, Cu, Mo, Zn, B, Cl, and others. Stomata opening and shutting, protein synthesis, and other processes all depend on potassium. Chlorophyll contains magnesium, while ATP contains phosphorus. Phenol pyruvate carboxylase and ribulose bisphosphate carboxylase-oxygenase are both activated by magnesium (Mg2+). When nitrogen is being metabolised, Zn2+ activates nitrogenase and alcohol dehydrogenase.

12.4. Name at least five different deficiency symptoms in plants. Describe them and correlate them with the concerned mineral deficiency.

Ans – There are five distinct deficiency signs in plants:

(i) Chlorosis: Yellowing of the leaves is caused by the loss of chlorophyll. This is brought on by a lack of N, K, Mg, S, and other nutrients.

(ii) Necrosis – Necrosis is the killing or dying of tissue, particularly leaves. Ca, Mg, Cu, and K deficiencies, among others, are to blame for this.

Ca, Mg, Cu, and K deficiencies, among others, are to blame for this.

(iii) Whiptail: Molybdenum deficiency results in lamina degeneration but not petiole or midrib.

(iv) Die back – This occurs when the shoot apex, or stem tip and immature leaves, are killed. This is brought on by a K and Cu deficit.

(v) Little Leaf Disease: Small leaves that are brought on by a zinc deficiency.

12.5. If a plant shows a symptom which could develop due to deficiency of more than one nutrient, how would you find out experimentally, the real deficient mineral element?

Ans – The initial step is to study deficiency symptoms using pot and culture trials. In culture trials, rapidly developing plants that have recognisable symptoms are used. Their name is test (also known as indicator) plants. They are then grown in little pots on soil that has undergone testing. To identify the deficit elements, the results are compared. Selected crops are used in similar experiments.

2. Because zinc is a relatively mobile element in plants, signs of a deficit manifest in the centre leaves.

4. In plants, Ca and B are immobile, and indications of a deficit can be seen on terminal buds.

5. Crops have a lower incidence of chlorine deficit.

12.6. Why is that in certain plants deficiency symptoms appear first in younger parts of the plant while in others they do so in mature organs?

Ans – The mobility of the element inside the plant affects which areas of the plant exhibit deficiencies signs. The symptoms of a deficit typically manifest first in the older tissues for components that are actively mobilised within the plants and exported to young growing tissues. For instance, senescent leaves show signs of nitrogen, potassium, and magnesium deficit initially. These elements become available for mobilisation to younger leaves as a result of the breakdown of biomolecules containing them in older leaves. When the elements are relatively immobile and are not transported out of the mature organs, such as when elements like sulphur and calcium are a part of the structural component of the cell and are not transported out of the mature organs, the deficiency symptoms frequently manifest first in the young tissues.

12.7. How are the minerals absorbed by the plants?

Ans – The zones of elongation and root hair on plants’ roots allow them to absorb the mineral salts they need from the soil. The minerals are taken up as ions by the plants, who accumulate them in contrast to their concentration in the soil.

There are two basic stages in the process by which plants absorb mineral ions.

The process of physically absorbing minerals through their exterior spaces (intercellular space and cell wall) is known as passive absorption. There is no direct metabolic energy expenditure. From one area with higher chemical potential to another of lower chemical potential, a material moves. It happens via ion channels (transmembrane protein). The following hypotheses describe how ions move:

(A) Ion exchange: The surface of the cell wall absorbs both cations and anion. The ions that have been absorbed are exchanged for ions in the soil solution.

(b) Mass flow theory: According to this theory, transpirational pull causes mass flow of ions to occur concurrently with water absorption.

By using ATP as energy, the process of active absorption involves the movement of ions up and down a concentration gradient. The carrier mechanism is responsible for carrying out both ion influx and outflow. Ion carrier complexes are created when active ions join forces with carrier proteins. This complex travels all the way across the membrane before breaking at the inner surface and releasing ions into the cytoplasm.

12.8. What are the conditions necessary for fixation of atmospheric nitrogen by Rhizobium. What is their role in N2 -fixation?

Ans – Rhizobium must have the following requirements in order to fix nitrogen:

(i) The enzyme nitrogenase is present.

(ii) A defence mechanism for the nitrogenase enzyme against oxygen

(v) A steady stream of ATP.

(vi) The presence of co-factors such as thiamine pyrophosphate (TPP), coenzyme A, inorganic phosphate, and Mg++.

(Vii) Cobalt and molybdenum are present, and a carbon molecule is present that traps ammonia that has been released.

The reduction of the dinitrogen molecule to ammonia (NH3) by the addition of pairs of hydrogen atoms occurs during the biological nitrogen fixation process by free-living and symbiotic nitrogen fixers. The pyruvic acid mostly functions as an electron donor, but hydrogen, sucrose, glucose, etc., have also been demonstrated in some circumstances.

The glucose-6-phosphate molecule likely serves as a substrate for hydrogen donation in leguminous plants. The entire process takes place in the presence of the anaerobic condition-active enzyme nitrogenase. A non-heme iron protein (also known as dinitrogen reductase) and an iron molybdenum protein make up the two subunits of the enzyme nitrogenase (Mo-Fe protein or dinitrogenase).

By reducing Mo-Fe protein through an ATP reaction, the Fe-protein component turns N2 into ammonia. The host either consumes the ammonia directly or uses nitrifying bacteria to transform it into nitrates (e.g., Nitrosomonas).

12.9. What are the steps involved in formation of a root nodule?

Ans – Rhizobium and the roots of the host plant interact in a series of ways that lead to nodule development. Here is a summary of the nodule formation stages:

(a) A leguminous plant’s root hair becomes malformed when it comes into contact with Rhizobium because of the bacterium’s secretion.

(b) Rhizobia invades the root tissue and spreads throughout the root hairs at the point of curling.

(c) Some bacteria grow to generate bacteroids, which are membrane-bound entities that are incapable of dividing.

(d) The infected tissue is separated from the rest of the plant by a plasma membrane thread that the plants create, which develops inward.

(e) The infected tissue has an increase in cell division, and more bacteria penetrate the developing tissues.

(f) It is thought that the formation of nodules is aided by the interaction between auxins, which are produced by plant cells and cytokinin, which is produced by invasive bacteria.

12.10. Which of the following statements are true? If false, correct them:
(a) Boron deficiency leads to stout axis. (b) Every mineral element that is present in a cell is needed by the cell.

(c) Nitrogen as a nutrient element, is highly immobile in the plants.

(d) It is very easy to establish the essentiality of micronutrients because they are required only in trace quantities.

(b) False. A cell does not require every mineral component that is present.

(c) False. In plants, nitrogen is a nutritional element that is very mobile.

(d) False. Because they are only needed in trace amounts, micronutrients are very difficult to determine as essential. 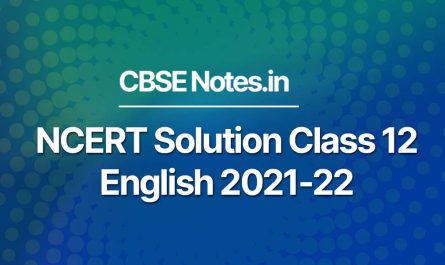